Decorative brass tray from the Middle East came in with a series of ailments. A fall had left it with a dent and reaggravated its decorative elements along the edge which had been fixed once before. Furthermore, some rough soldering was left behind from another attempt at repairs.

The first task was to clean the tray. This was followed by removing the uneven soldering and bending the troubled portion back to square. Along the edge the decorative element was fastened to the tray with copper pins but a number had jumped out of their holes when the tray was dropped. We replaced them and made sure they were fixed into their holes as firmly as possible. Museum wax used as a final step to help protect the work. This is a wonderful tray with intricate decorations that can be used as a serving tray or a wall ornament. 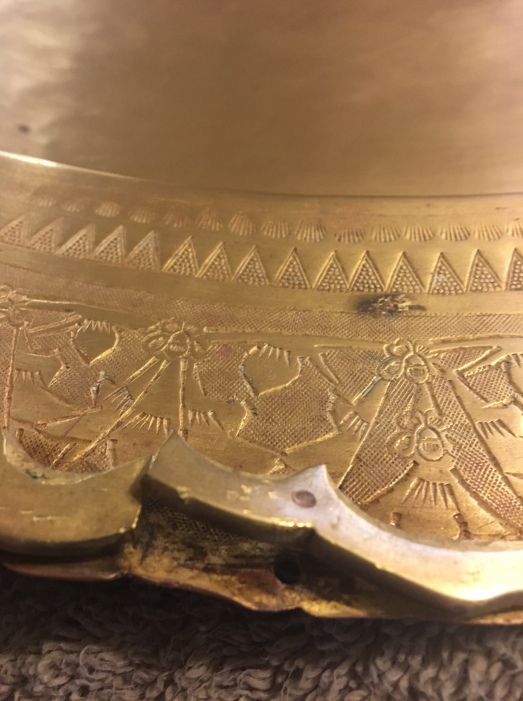 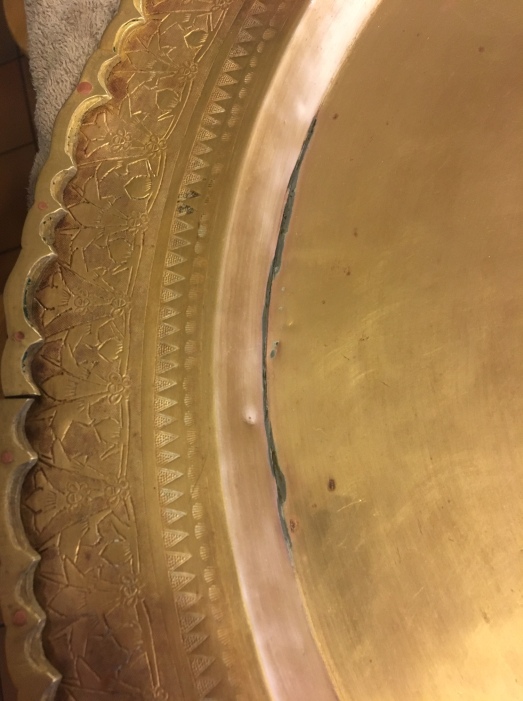 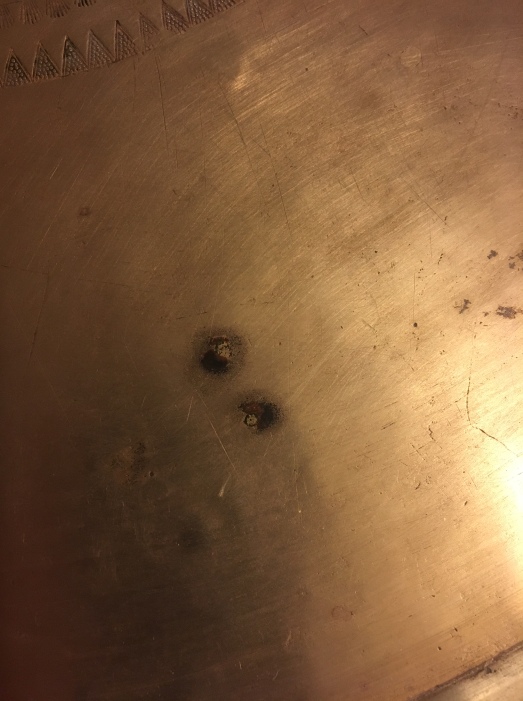 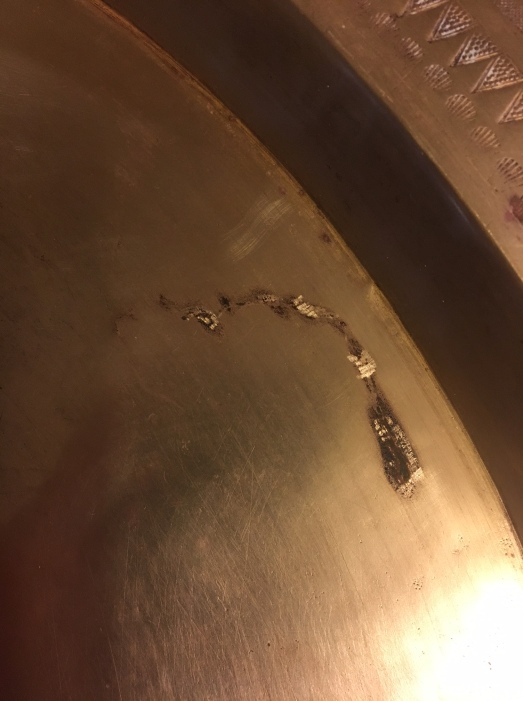 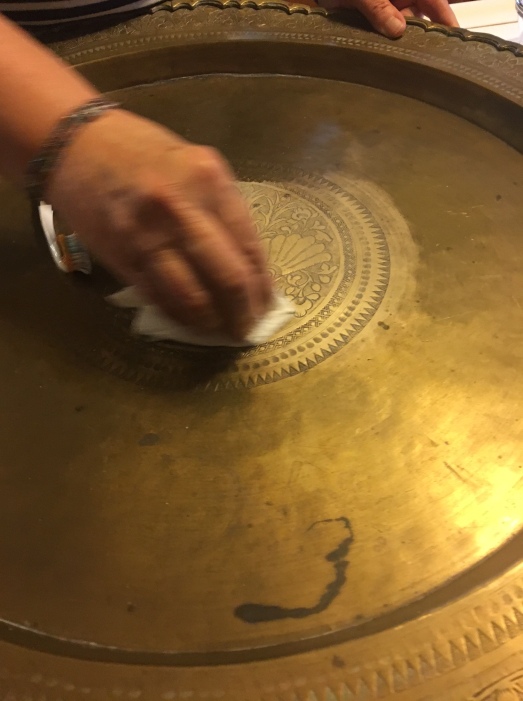 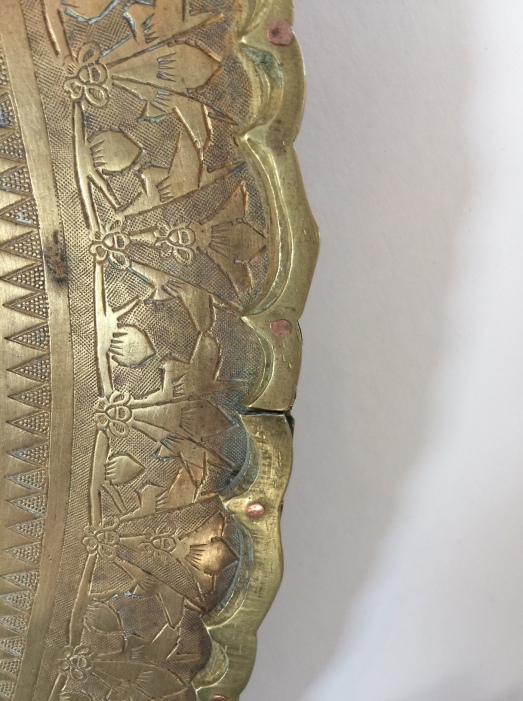 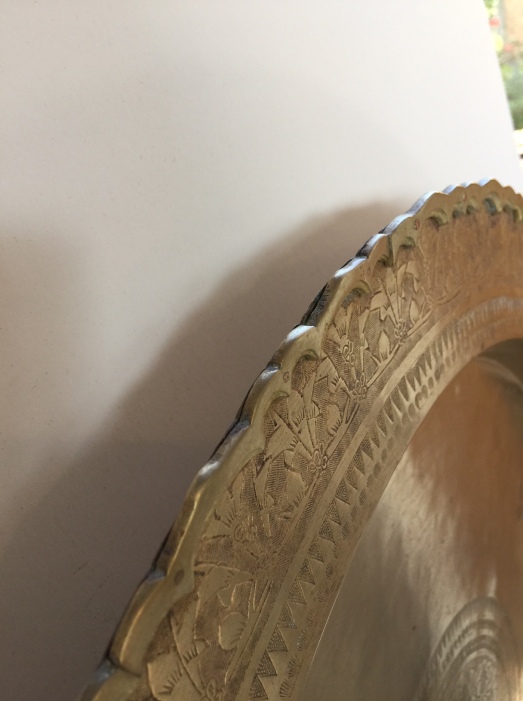