Roughly 70 artworks by Werner Koepf (1909-1992) have made their way to our studio. They represent the Koepf art estate and will be restored to ensure their integrity, and then sent to auction. The unusual aspect of this job is that, since Koepf lacks an established auction history, in order to not saturate the market, we’ll have to strategically coordinate a slow release and essentially establish his market; and by doing this, the project has an unusually lengthy scope for us: we expect it to take several years.

Restoration efforts have already begun and these artworks have been maintained well so the amount of care they need is only going to have to be minimal.

Werner Koepf was born in Neckarsulum, Baden-Württemberg, Germany and emigrated with his parents and brother to the United States in 1929. During the Great Depression he worked as a house painter. In 1937 his work was prominently mentioned in the New York Times’ review of The Society of Independent Artists 19th Annual Exhibition. With his talent he gained many connections in the art world: Morris Kantor, a trustee of Contemporary Arts arranged three scholarships for Koepf at the Art Students League from 1937-1939, and Daniel Catton Rich, the Director of Fine Arts at the Art Institute of Chicago paved the way for his inclusion in the Institute’s 52nd Annual Exhibition of American Paintings and Sculpture in 1941.

Koepf served in the US Army during World War II. Starting as a translator, between 1942-1945, he was then transferred to the European Theater where he served with the 496th Heavy Automotive Ordnance Company. In November 1945, he returned to the United States and settled in Derby, Connecticut.

In 1952 he was accepted into Yale University where he was awarded the prize for outstanding achievement in the School of Fine Arts for 1952-1953 by Josef Albers. Maintaining his European contacts, Koepf showed numerous paintings, including one man shows in Paris, Stockholm, and Bremen.

Werner Koepf died at his home in March of 1992. 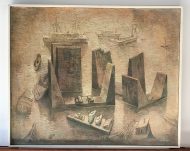 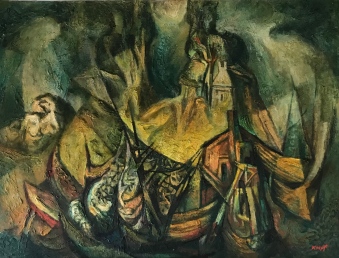 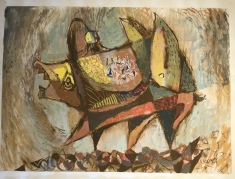 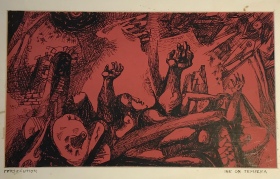 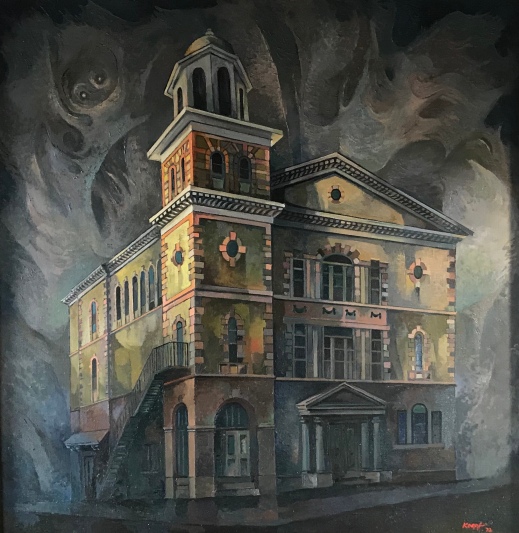