“No art can mature by itself; it has to absorb nutrition from the rest of the world’s art. I’ve always had this ideal; to see a fusion of Chinese and Western painting.” -Chuang Che

This fascinating diptych came into the studio recently and is by an artist we are becoming quite familiar with, Chuang Che (1934-).

This makes the sixth Chuang Che we’ve had in our studio over the past several years. The previous ones generally needed minimal restoration efforts and were then either shipped to auction in the Asian market or sold through private means. The diptych is in great condition and only needs light cleaning. Whether or not it will be heading to auction has to be determined. Stay tuned for more…

Chuang Che was born in Beijing, China. His father was the Vice-Director of the National Palace Museum and a calligrapher. He was a great influence on Chuang and the unlimited access to the treasures of the Museum had a lasting impact on his work. The family moved to Taiwan in 1948 where Chuang enlisted in the Taiwan Normal University to study Fine Art. He was taught by the likes of Chu Teh-Chun and other modernist Chinese artists who encouraged the influence of the West. In 1958 he became a founding member of the Fifth Moon Group, whose aim was to fuse the traditional practices of the East with modern techniques of the Western avant-garde. Chuang became immersed in the modernist movement which was flourishing in Taiwan at the time.

In 1966, Chuang won the J.D. Rockefeller III scholarship to travel to the US. The following year, the Cleveland Art Museum and the Detroit Institute of Arts purchased some of his works. In 1968 he visited his teacher Chu Teh-Chun in Paris, where he also met Zao Wou-Ki, with whom Che found a strong artistic connection. He also travelled to Spain and met abstract artist Antoni Tapies.

Chuang moved to Ann Arbor, Michigan in 1972 and finally settled in New York in 1988, where he became an assistant to abstract expressionist sculptor Seymour Lipton.

Chuang Che was greatly inspired by Monet’s Nymphéas series. His own paintings are a combination of traditional Chinese landscapes and his influences from Western Abstract Expressionism. As a result, Chuang Che is labelled as a pioneering figure in Chinese Abstraction. His adaptation of Eastern technique to western materials enables him to fluidly combine these two influences.

Chuang Che’s work has been shown in museums worldwide such as at the Hong Kong Art Museum, National Museum of History, Taipei and Saginaw Art Museum, Michigan. In 1992 the Taipei Fine Arts Museum held his first major retrospective and most recently held another in 2016. 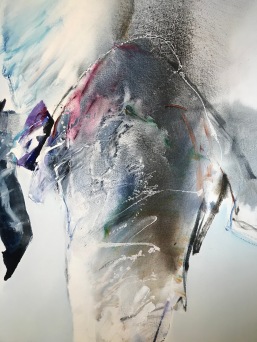 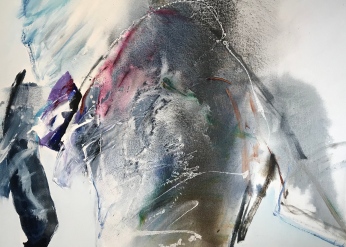 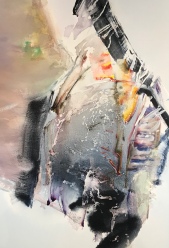