This gouache by Nora McGuinness (1901-1980) suffered from some adhesive and a mount that were non-archival. A soak in an aqueous chemistry bath allowed us to remove the paper from the mount which then allowed us to remove the adhesive. Previously, the work had been behind glass that did not protect against UV rays. This resulted in a moderate degree of sun damage that would have worsened into color shock had the exposure been longer. We were able to de-acidify the work, place it onto a museum mount, and touch up some of the colors with in-painting. Glass that filters UV light will be used to help maintain the dynamic colors, which McGuinness shows great skill with, and was aided by her choice of medium: gouache, a diluted type of paint, similar to watercolors, but with greater texture.

The Irish landscape artist, graphic designer and illustrator Nora McGuinness (1901 – 1980) was born in County Derry, Northern Ireland. She studied drawing and fine art painting at the Metropolitan School of Art, Dublin, the Chelsea Polytechnic, London, and on the advice of Mainie Jellett and Evie Hone, under the French artist André l’Hote, in Paris. She is known for vivid, highly colored, flattened landscapes executed in a spontaneous style which reveal the strong influence that l’Hote had on her. This connection led to her association with the modern movement in Ireland. A founding member of the Irish Exhibition of Living Art, and its president in 1944, she first showed at the RHA in 1924, and would later exhibit at the Victor Waddington Galleries (Dublin), the The Dawson Gallery (Dublin), and the Wertheim Gallery (London). Together with Nano Reid, she represented Ireland in the 1950 Venice Biennale. 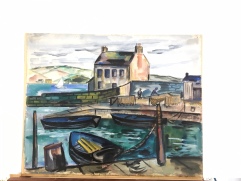 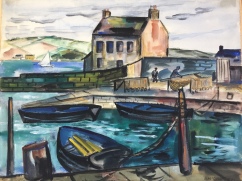 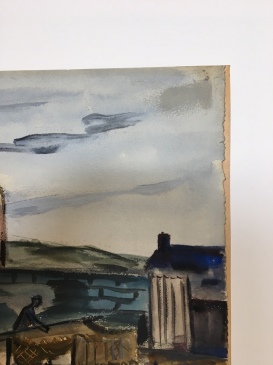 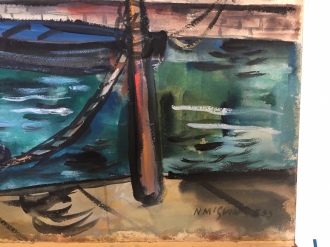 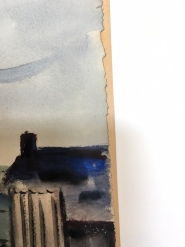 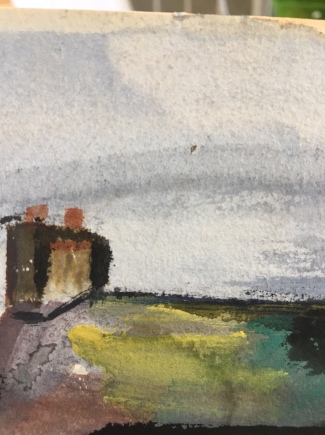 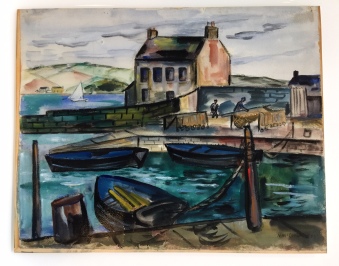