This intaglio by Käthe Kollwitz (1867 – 1945) is a strong example of her signature work: dark and emotionally charged subjects amidst war, injustice, and death. She herself suffered a tumultuous life. In World War I, she lost a son and fell into extreme bouts of depression. She, however, found one mechanism by which to cope: “Drawing is the only thing that makes life bearable.” But in 1933, as a professor at the Prussian Academy, she was forced to resign as Hitler rose to power. During the war, Allied bombs landed on her house and destroyed much of her work. And two weeks prior to the war ending, she passed away. In her final letter she noted that, “War accompanies me to the end.” Another salient point she made, encapsulating her situation both as an artist and as a citizen of Europe was, “Worst of all is that every war already carries within the war which will answer it. Every war is answered by a new war.”

Revolt depicts the spirit of revolution hovering over an army of protesters. Dirt has accumulated across the surface and the original mat and glass were not archival. There is also a hole at the bottom right that will need to be addressed. Stay tuned for more . . . 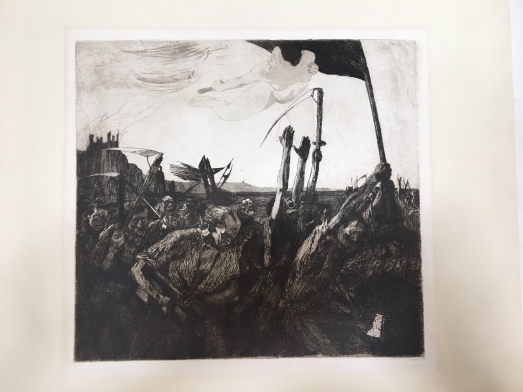 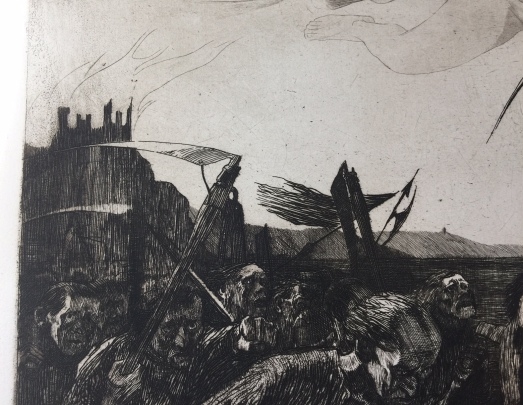 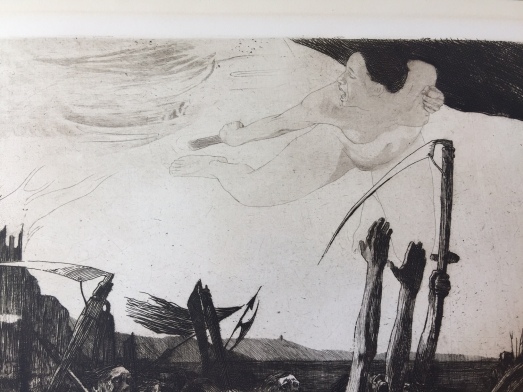 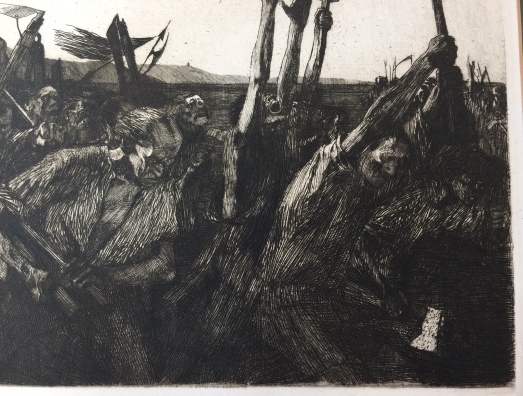 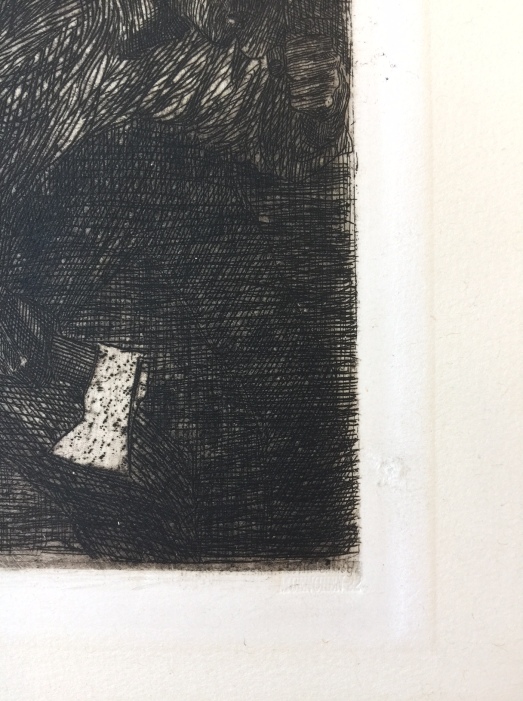