John Marin (1870 – 1953), an important American watercolorist and landscapist, also happened to modernize frames. Previously, gilded frames, in the opulent and inordinate European fashion, were the standard; but, Marin found that his compositions would clash if they were held in the old style. Working with gallery owner Alfred Stieglitz and master framer George Of, they developed the sleek and uncluttered “two-step” frame.

Frame A (see below) is a Miller Fenwood take on the “two-step” frame. The taller interior step allows the eye to go out and extend the feeling of the painting. This effect is commonly desired for landscapes. Similarly, frames B, C, and D also extend the feeling of the painting. However, they are inspired by the Louis XVI style, which is flatter than the “two-step.” It’s because of this flatness that a playful contrast develops between the landscape’s perspective, which vanishes to a point, and the frame’s   flatness, which stretches the dimensions endlessly, which swallows up any idea of perspective. 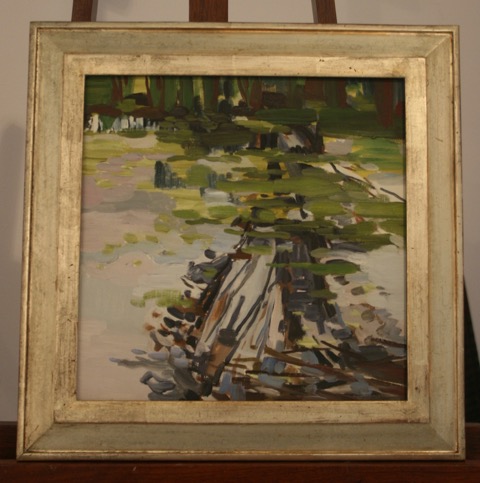 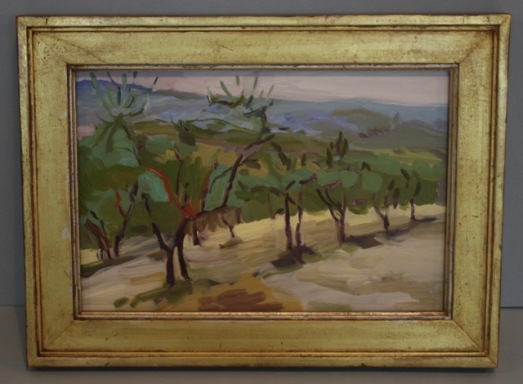